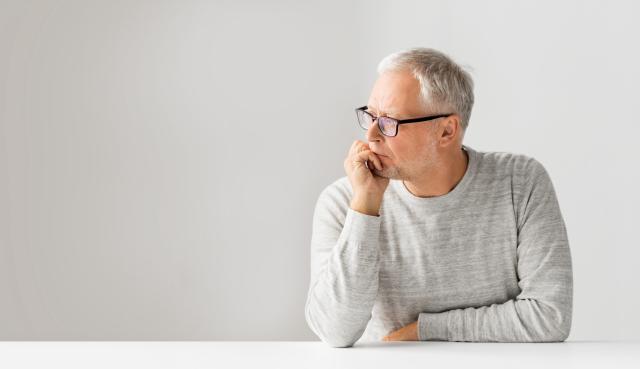 The Psychology of Hair Loss

Long ago, a full head of hair was valued as a means of protection, heat retention, and camouflage.

Today we value hair for other reasons. Whether we admit it or not, good hair still is associated with power, virility and youth.

Such associations date back to ancient times. Remember the story of Samson and Delilah? When Delilah cut Samson’s long hair he lost his power.

"And Delilah made him sleep on her knees; and she called for a man, and she caused him to shave off the seven locks of Samson’s head. . . and his strength went from him."(Judges 16:19)

As “enlightened” as we are today, stereotypes associated with hair loss persist. The bald or balding are sometimes passed over and teased at work, in the media, and in the social scene. The media idolizes the young and the attractive and often lampoons the bald or balding.Of course, it’s not fair. But at least losing your hair is not health threatening. However, it can result in various psychological and emotional issues. These include insecurity, isolation, panic, a sense of loss, and even depression. But let’s first look at the role of hair (and the lack of it) in our society.How is Hair Loss seen by Society? So why does something as superficial as hair seem so important to so many men and women? Studies have shown that hair is a symbol of social, professional, cultural, and/or religious affiliations. Good hair implies power, virility, strength and youth.

Studies reveal how baldness is perceived.In a study done in 1971, a picture of one person was distributed to 60 people. But each picture had been altered by a commercial artist to reflect a non bald, balding, or bald condition. The results revealed some negative stereotypes.

Today, more than 30 years later, it is hard to know if things have really changed. But maybe some of these tired negative stereotypes about being bald are starting to change, at least in the media.

As is Tony Soprano of the popular HBO TV show the Sopranos.

And, of course, let’s not forget Telly Savalas of the 70’s TV show Kojak who was once voted by People magazine as the “sexiest man alive.”

Studies about Baldness and Self Esteem

Those who are bald or balding are generally thought of as older, weaker, and more ineffectual, both in the work world and on the social scene.

According to a 1995 article in the “British Journal of Psychology,” balding men have been found to have lower levels of self-esteem than their peers, are less sociable, suffer more from depression,and are less likely to succeed in life.

Hair loss, especially when first occurring, can lead to rash decisions. So it is important to slow down and look at the many viable options that are available for dealing successfully with hair loss.

1992, researchers from the Old Dominion University in Norfolk, Virginia surveyed 145 balding men and found that 84% were preoccupied with baldness.

Their responses showed that they were filled with self-consciousness and helplessness. They were also envious of men with full heads of hair.

Additional research indicated that single men and woman who had begun losing hair in their early twenties were more likely to suffer from extremely low self-esteem.

Loosing your hair can be disturbing, especially if you're a young man or woman. This unwanted loss forces those afflicted to face new issues, such as the perceived loss of youth and sexual attractiveness.

It's common for young people who are balding to have feelings of isolation. They may feel uncomfortable among their peers and in public. Young people with hair loss often lose their confidence and may also become less productive at work.

For older people hair loss is often just one more sign that they're reaching middle or old age. It may prompt them to question the direction of their lives or fear that their lives are closer to the end than the beginning. This can result in a sense of loss, insecurity, or even depression.

And as bad as men have it, hair loss can be even worse for women. Balding women must deal not only with the thought of aging, but also that they may not be considered attractive.

Yes, hair loss can be disturbing. But there are many effective options available to you, ranging from hair loss drugs that often halt thinning to restoring the hair you’ve lost with surgical hair restoration.

However, prior to choosing a hair loss treatment, it is wise to deal with the psychological effects of hair loss.

Hair loss at any age, while not painful or dangerous, can cause emotional damage and distress.

Finding support and advice to cope with hair loss.

You can find support and share ideas and advice privately with other hair loss sufferers by reading and posting on our popular hair loss discussion forum.

By sharing with others you will realize that others share your same concerns and feelings about going bald. You will also learn about what hair loss treatments actually work or not from those who have already tried them.

Find a "Hair Loss Mentor" for - one on one - support and guidance.

In addition to our discussion forum, you can also view Hair Loss Weblogs created by actual hair restoration patients. These blogs contain photos journals documenting the person's hair restoration. Often you can correspond with these blog authors by email.

If you have a hair loss question please post it on our Hair Loss Q & A Blog. This blog can also be searched for dozens of answers on many hair restoration topics.

Empowering yourself with information and sharing your feelings and concerns will also make you feel much more in control of your hair loss. Then, if and when you finally do choose a hair loss treatment option, you will feel much more confident in your decision.

Many who once were preoccupied by their hair loss find a solution and move on in life, sometimes with a "new lease on life". While others choose to remain bald and simply accept it.

The choice is yours to make. This site is dedicated to helping you successfully resolve your hair loss issue on the inside as well as on the outside.

The disturbing truth about hair loss

In 1999, the psychological impact of hair loss, as well as its leading treatments, was the subject of the American Academy of Dermatology's summer scientific meeting in New York. At this meeting it was revealed that there were direct links between androgenetic alopecia (male and female pattern baldness) and personality disorders in those afflicted.

In one study of 116 subjects with hair loss it was determined that 76.3% of the participants had at least one actual personality disorder. This was an extremely high rate of disorder compared to the much lower rate of 10% of the general public suffering from personality disorders.

Another study showed that twice as many women than men with hair loss rated themselves as “very” or “extremely” upset about their hair loss. 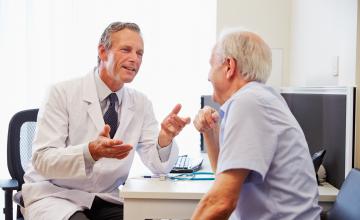 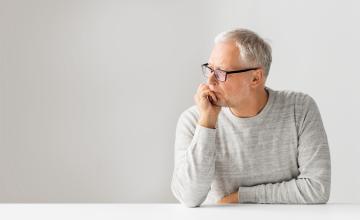 The Psychology of Hair Loss 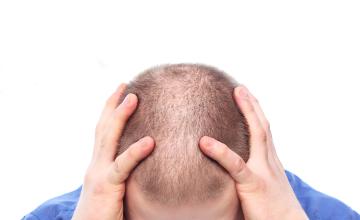 Hair loss Myths - What is or isn’t true? 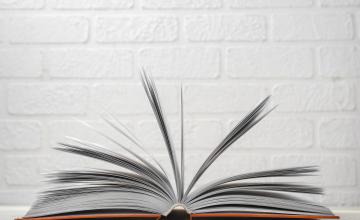